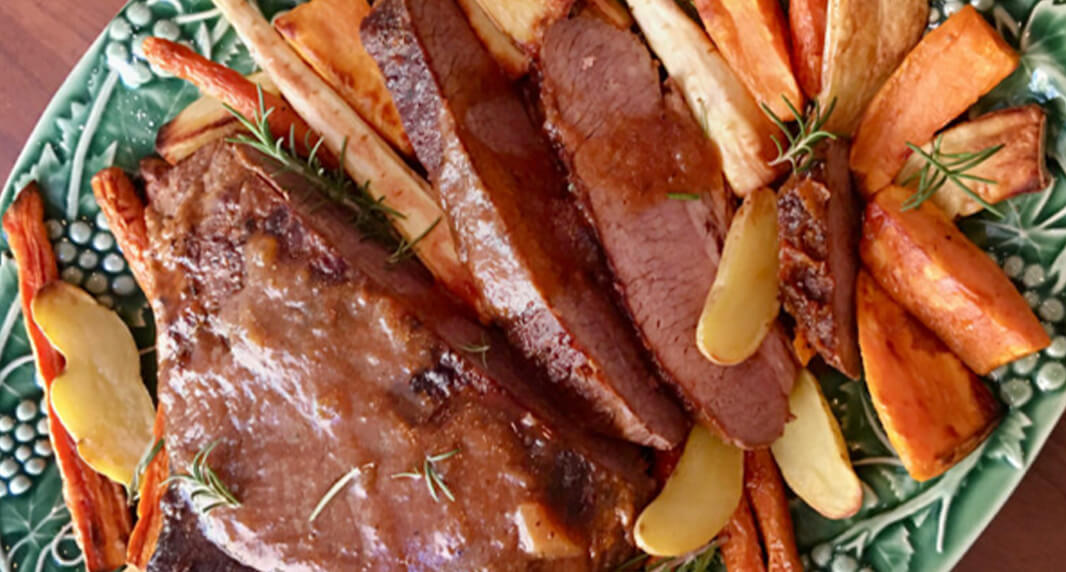 Our friends at Our State Magazine really knocked this flavorful Cheerwine Beef Brisket recipe right out of the park. Ready-to-serve at your next holiday dinner – and we sure hope there are leftovers!

Preheat oven to 325ºF. Season brisket all over with salt and pepper. Heat oil in a Dutch oven over medium-high heat. Sear brisket until deeply browned, about 4 minutes per side.

While the brisket sears, whisk together the Cheerwine, ketchup, onion mix, and herbs.

Transfer the seared brisket to a large plate. Slowly pour the Cheerwine mixture into the pot, scraping up the browned bits. Stir in the onions. Return the brisket to the pot, fat-side up. Bring to a simmer, and then cover with foil followed by a tight fitting lid. Bake until fork-tender, about 3 hours. Uncover and let cool to room temperature, and then refrigerate overnight or up to 2 days.

In the morning, discard the fat that solidifies on top of the cooking liquid and remove the brisket. Make the gravy by pureeing the cooking liquid with an immersion blender. (Alternatively, working in batches to not fill a blender more than half-full at a time, puree in a blender and return to the pot.)

Submerge the brisket (either left whole or cut into thick slices) in the gravy and simmer gently until heated through, at least 30 minutes and up to 1 hour.

Preheat oven to 425ºF. Place the vegetables on a rimmed baking sheet, drizzle with oil, toss to coat, and spread in a single layer. Roast until tender with browned edges, about 20 minutes. Season immediately with salt and rosemary. Serve warm alongside the brisket. 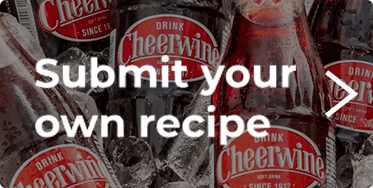